Leasehold homes – what you need to know 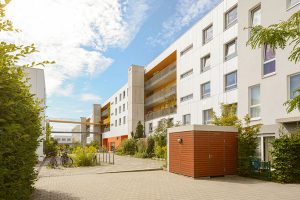 In the UK, flats are commonly owned on a leasehold basis, while houses are normally sold as freehold properties. Many leases are granted on a 99-year basis, while some can run for as long as 999 years.

The outstanding term of the lease

Once a lease has less than 80 years left, it becomes harder to get a mortgage and it can be expensive to renew the lease for a further term.

The advice is that to avoid potentially having to pay tens of thousands of pounds to renew it, buyers should look for a property with a lease that’s unlikely to drop below the 80-year mark during their ownership.

Following media coverage of the plight of thousands of people who bought new-build leasehold houses, only to find that their freehold had been sold to investment companies and that they would have to pay tens of thousands of pounds to buy it, or face exorbitant ground rent rises, the government had promised to introduce legislation; however, this has yet to appear. So, if you’re buying a leasehold house, taking legal advice makes sense.

It’s important to get confirmation of the amount payable each year in ground rent, both now and in the future, as there have been cases where ground rents double every ten years or increase in line with the Retail Prices Index.

Responsibilities under a lease

Leases often contain obligations; leaseholders must get permission before making certain alterations to the property.

With a leasehold flat, you aren’t responsible for maintaining and running the building and communal areas. The freeholder will do this, or alternatively appoint a managing agent to act on their behalf. However, the leaseholders share the cost of this between them by paying a service charge.

As a mortgage is secured against your home or property, it could be repossessed if you do not keep up mortgage repayments.