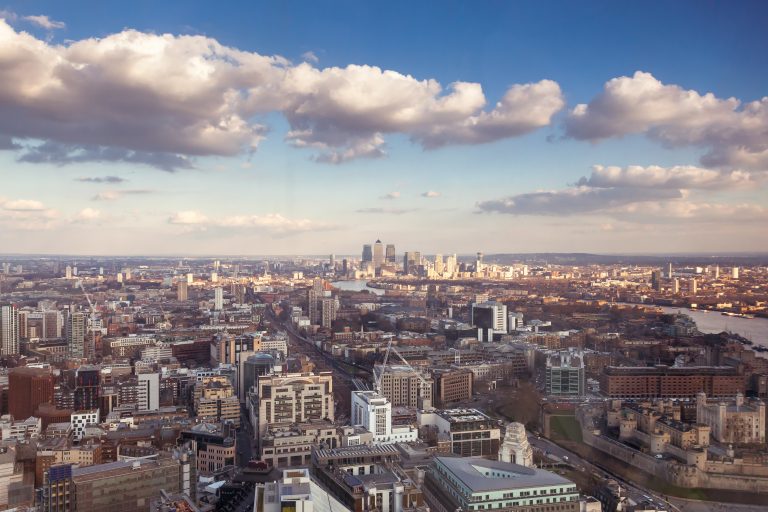 Although the UK economy recently recorded its fastest rate of growth in almost a year, Brexit-related uncertainties continue to cast a shadow over future growth prospects.

Data released by the Office for National Statistics (ONS) shows that gross domestic product rose by 0.6% during the May–July period boosted by an increase in consumer spending thanks to the unusually hot weather and England’s strong World Cup performance. This was the highest growth rate since August 2017 and marks a distinct pick-up compared to the 0.4% figure posted in the three months to June.

The latest data was significantly more positive than most economists had predicted and suggests the economy is on track for a solid third-quarter performance. However, while there may be few signs of an imminent Brexit-induced slump, most commentators still believe the economy could be set for a more stormy period as Brexit-related uncertainties act to constrain growth.

Indeed, the potentially dire consequences of a disorderly Brexit are increasingly coming to the fore. The IMF’s latest assessment of the UK economy, for instance, warns that a ‘no-deal’ Brexit would entail “substantial costs” and also concludes that the challenges in securing a Brexit deal remain “daunting“.

This pessimistic view of Brexit negotiations was subsequently vindicated at the EU Salzburg Summit with Donald Tusk’s rejection of Theresa May’s ‘Chequers’ proposals. The apparent impasse, along with continuing Tory internal Brexit divisions and a number of potentially hazardous parliamentary hurdles, suggest that Theresa May’s chances of delivering an orderly Brexit may not be particularly high.

While the full ramifications of a no-deal Brexit are impossible to accurately predict, it is clear that such a scenario is likely to have severe negative consequences for the UK economy. At the moment, Brexit is therefore clearly casting a long shadow over the country’s growth prospects. 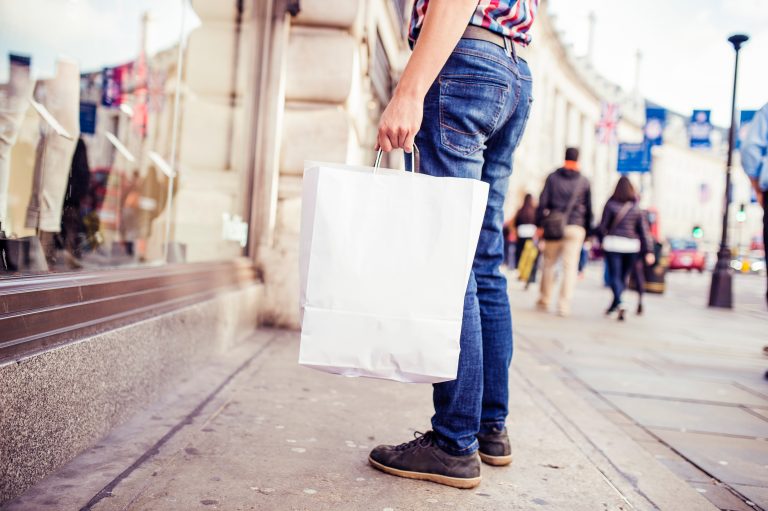 The latest retail sales figures proved to be much stronger than analysts had been expecting as UK consumers continued their summer spending spree.

Official data published by ONS showed that retail sales volumes increased by 0.3% between July and August. In comparison, the consensus market forecast had predicted a 0.2% drop in sales during that period.

Commenting on the data, ONS senior statistician Rhian Murphy said: “Retail sales remained strong in the three months to August, with continued growth across all sectors. Food and household goods stores particularly benefited from the warm weather when compared with last summer.”

The latest monthly Distributive Trades Survey published by the Confederation of British Industry (CBI) also suggests that, while sales volumes growth did slow slightly in September, they remained in line with the long-run average and that firms expect sales to hold up this month as well.

Anna Leach, CBI Head of Economic Intelligence, did however add a note of caution saying: “As we head into autumn, retailers have seen the run of decent sales figures continue. But underlying conditions are clearly tougher, with the sector facing significant challenges – from squeezed household incomes, changing consumer habits to digital disruption.”

And economists are still warning that spending could slow across the rest of this year as a combination of relatively weak growth in real incomes and heightened political and Brexit-related uncertainty make consumers more cautious. However, the strong growth in sales witnessed over the summer months has certainly brought some much needed cheer to the beleaguered retail sector. 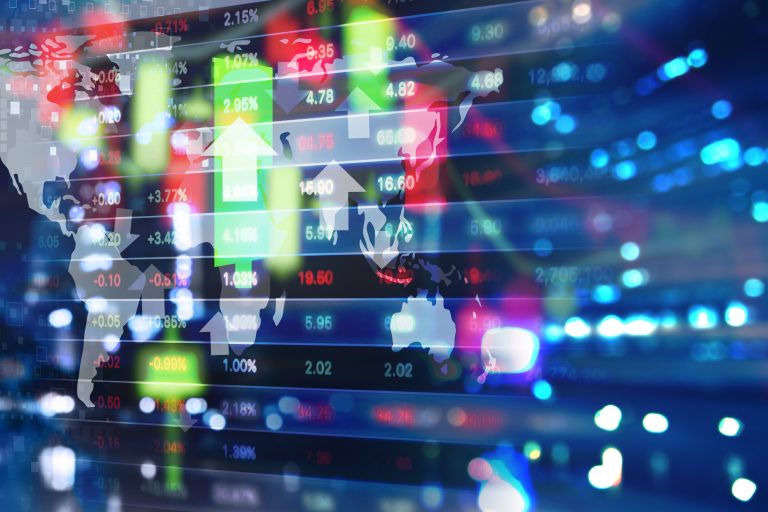 European markets had a volatile few days at the end of September, after the Italian government set a higher than expected budget deficit target, which is likely to trigger downgrades of Italy’s credit rating. In September, the eurozone’s annual rate of inflation rose further above the European Central Bank’s 2% target, with investors concerned the situation could lead to a breach of the EU’s budget limits.

Trade tensions between the US and its global trade partners did not recede. The imposition of 10% tariffs on $200 billion worth of Chinese goods commenced at the end of the month, with China retaliating with levies on $60 billion of US products. The Federal Reserve raised interest rates in September for the third time this year. Jerome Powell, Fed Chairman, believes the US does not face a large chance of a recession in the next two years. The central bank plans to gradually raise rates. Despite political turmoil, US markets were strong in Q3. The Dow Jones gained 9.01% for the quarter, and the Nasdaq Composite 7.14%, marking its ninth consecutive quarter of gains. The Dow ended the month up 1.90% at 26,458.31. The Nasdaq lost 0.78% at 8,046.35.

In Asia, Japan’s Nikkei225 hit a 27-year high on optimism over the global economy and hopes of a boost to its exporters’ earnings from a weaker yen. The Nikkei finished September up 5.49% on 24,120.04.

ONS data showed that the Consumer Prices Index 12-month rate – which compares prices in the current month with the same period a year earlier – rose to 2.7% in August, up from 2.5% in July. This left this measure of inflation at its highest level since February 2018 and defied the consensus amongst economists that the rate would fall to 2.4%.

The latest inflation numbers will come as an unwelcome surprise to Bank of England (BoE) officials who were among those predicting a cooling of inflationary pressures. In early August, the BoE raised interest rates for only the second time in over a decade in order to ensure that it fulfils its obligation of keeping consumer price inflation at around 2%.

Rates were left unchanged in September and the BoE stuck to its previous guidance that any further monetary tightening would be only ‘gradual and limited in extent’. Indeed, the minutes from the September meeting suggested a more cautious approach if anything, driven by rising fears that the UK may leave the EU without a deal and the negative impact this would have on the economy.

The unexpected jump in August’s inflation figure is therefore unlikely to force an imminent rethink in the BoE’s monetary stance. Instead, the BoE is widely expected to favour leaving rates unchanged in the short term, at least until greater clarity emerges in relation to Brexit.

The latest set of employment statistics showed that the UK labour market remains in a particularly robust state and also revealed a recent pick-up in pay growth.

According to data from the Labour Force Survey the number of people unemployed stood at 1.36 million in the three months to July, 55,000 fewer than in the previous three-month period. This left the unemployment rate at 4.0%, its lowest level for over 40 years. And, while the number of people in work during the three months to July remained unchanged at 32.4 million, this still represents a historically high level.

The data also reported a faster than expected increase in pay growth with average weekly earnings excluding bonuses rising by an annual rate of 2.9% in the three months to July – a figure that has not been bettered in three years. This rate was at the top end of economists’ forecasts and compares with wage growth of 2.7% in the previous three-month period.

An industry survey has also suggested that the upward pressure on wages may have been sustained in August. XpertHR, an organisation which analyses pay settlements, said that its survey found that median pay deals offered by major UK companies in the three months to August was 2.5%, up from 2.3% in the three months to July.

Clearly, the good news for households in relation to wages was somewhat tempered by August’s inflation rise which suggests that the squeeze on real incomes may not be over. However, the data does still show that wages are currently rising more quickly than prices. And, while it will take a more significant acceleration in wage growth to close the gap in pay that has emerged over the last decade, the data is now painting a rosier picture on wage growth.